Pumping fuel or diesel fuel seems like a simple enough task, especially to seasoned drivers. However, the National Fire Protection Association has found that more than 5,000 fires occurred at gas stations across the country between 2004 and 2008, with many of these fires caused by carelessness at the pump. To keep yourself and others safe, there are some important dos and don'ts you'll want to keep in mind the next time you need to fill up. These tips go beyond what the average driver knows, such as avoiding open flames near gas pumps.

DO Keep Cell Phones in the Vehicle

These days, it seems as though many people can't go anywhere without their cell phones (for example, did you know that 75% of Americans admit to using their cell phones in the bathroom?). However, the fuel pump is one place where you really shouldn't take your phone. That's because cell phones can emit an electrical charge, which could ignite a fire in the right conditions. While no fuel pump fire has ever been conclusively linked to the presence of a cell phone, it's better to be safe than sorry.

DO Stay Outside of Your Car

Many people will use a gas pump's hold-open latch so that they can return to the comfort and warmth of their cars while they refuel. However, it's recommended that you stay outside and standing at the pump while you fill your car's tank. Re-entering your car increases the build-up of static electricity, which could cause a fire. If you have to get back into your vehicle for any reason, touch a metal part of your car when you get back out so you can discharge any static buildup before returning to the pump.

Finally, in the event that a fire does occur at your pump, do not remove the pump from your fuel tank under any circumstances. This will only lead to the spillage of gasoline, which will cause the fire to spread. Instead, leave the pump in your tank and notify a gas station attendant immediately. He or she will be able to engage the emergency shut-off switch to the station's fuel supply, which can prevent further spread of the fire or an explosion. In the meantime, contact your local fire department.

Keeping these tips in mind the next time you pump gas will help to reduce your chances of becoming a statistic, keeping you and others safe at the pump. 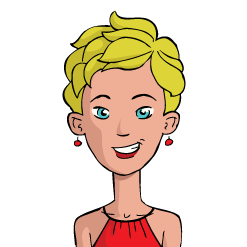 Hello, my name is Jean Rabantha. I love to talk about the different ways societies can create sustainable energy using wind farms. With enough turbines, the power of the wind can provide all of the electricity required for a large city. As turbines grow in height, even more wind power is available. As a result, researchers constantly set their sights toward creating better turbines, including floating models, which could send energy back to the generators sitting on the ground. I hope that our world can solely rely on sustainable energy, especially wind farms, within the next twenty years. Moving away from coal power would definitely benefit everyone involved. I hope to explore the different technologies, materials and designs used in wind farm creation. I will also share information I gather about other sustainable energy devices. Thank you.